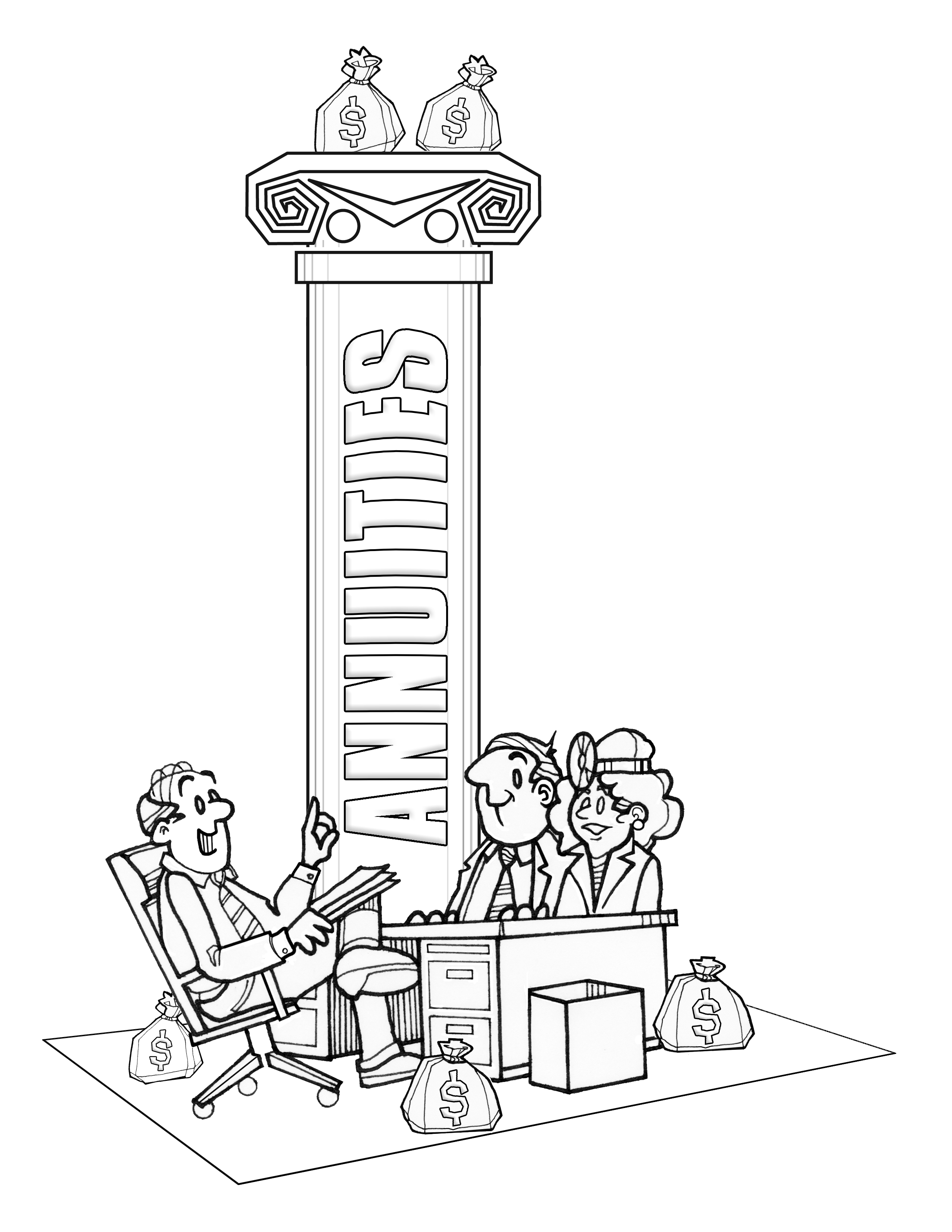 Annuities are controversial. Their complexity and high fees make them inadvisable for many consumers. Nevertheless, it is useful to understand how they work.

An annuity is a two-phase contract between an investor (you) and a financial institution (typically an insurance company). The contract states that in the first phase, known as the accumulation phase, you will make periodic payments for a specified period of time (for example, 20 years), to the insurance company.

Instead of making periodic payments, you can also fund an annuity by making a single, lump-sum contribution.

The second phase is known as the payout phase. During this phase the direction of cash flows is reversed. Now, you receive distributions from the insurance company. You generally have several payout alternatives:

Annuities are typically priced based on your life expectancy. They can theoretically provide decent returns if you live longer than expected. This is because you’ll receive more payments from the insurance company over more years. On the other hand, you could lose value if you die prematurely.

In the case of a variable annuity you may receive variable payments over time based on the performance of underlying investments. Variable annuities may provide a guaranteed minimum payout, for example, 1%, but it may be much lower than a fixed annuity’s payout.

In some states, annuities may receive some protection from creditors.

Annuities can have very onerous surrender charges. These are the penalties you must pay for terminating the annuity agreement before the contractual date. Generally, surrender charges gradually decline until they phase out completely over time. But you may have to own the annuity for ten years before the phasing-out is complete.

Fixed annuities are especially vulnerable to inflation. This is not unique to annuities. The vulnerability is shared by most fixed income products, including many bonds and bond funds. To diversify some of that exposure, you could annuitize (convert into a stream of payments) just a fraction of your accumulated nest egg while keeping the rest in reserve, invested in other, diversifying assets. You can annuitize more of the remaining nest egg later to create more predictable income. Annuitizing after rates have gone up may qualify you for higher payout rates.

There are some very significant problems with annuities. They often have:

Some annuities are so complex that even insurance agents don’t fully understand them.

While the annuity industry today deserves much criticism, the concept of guaranteed/fixed annuities can make sense. They allow you to build up a nest egg on a tax-deferred basis, and later to turn it into a predictable lifetime income stream. This can be very useful for financial planning purposes, giving annuities a role as legitimate pillars of wealth.

There are some encouraging signs. Insurance companies are interested in shedding expensive agent networks that tend to contribute to reputational risk and cause legal liability. Hopefully, we will someday see companies offering commoditized and transparent direct-sold annuities—ones that bypass expensive and potentially unscrupulous salesmen. Given consumer sentiment there’s reason to believe today’s industry will be reformed with simpler, cheaper, more standardized products sold directly to consumers. If and when that happens, we should be ready to embrace such tools rather than being reflexively biased against them.

Currently, however, annuities are often too expensive and unnecessarily complex.

For some households, annuities may make sense, but even in those cases, I suggest small exposures that complement existing pillar allocations, rather than large allocations to annuities that could be undermined by inflation. In all cases, avoid products with high fees!

The recently passed SECURE Act makes it easier for retirement plan providers to offer annuities to their 401(k) and 403(b) clients. Critics argue that this was made possible due to fierce lobbying by the insurance industry, which is eager to sell more annuity products. Others see this as a step in the right direction, allowing savers access to potentially more transparent, lower-fee products that give them more certainty regarding retirement income.

Until we see what those products actually look like, we can’t judge their fees, transparency, or usefulness.