Balance sheets (and all other financial statements for that matter) can be used for forecasting. If your forecasted net worth steadily increases—congratulations, you’re heading in the right direction! If the forecasts show declines—you’ve got a serious problem. In such cases you need to reconsider your debt balances and your asset choices. You should also take a closer look at your budget (discussed later) and ensure you are living within your means.

Figure 4 shows the evolution of forecasted total assets, total liabilities, and net worth for a doctor in her last year of residency. The numbers are represented graphically in Figure 5.

(in thousands of dollars) 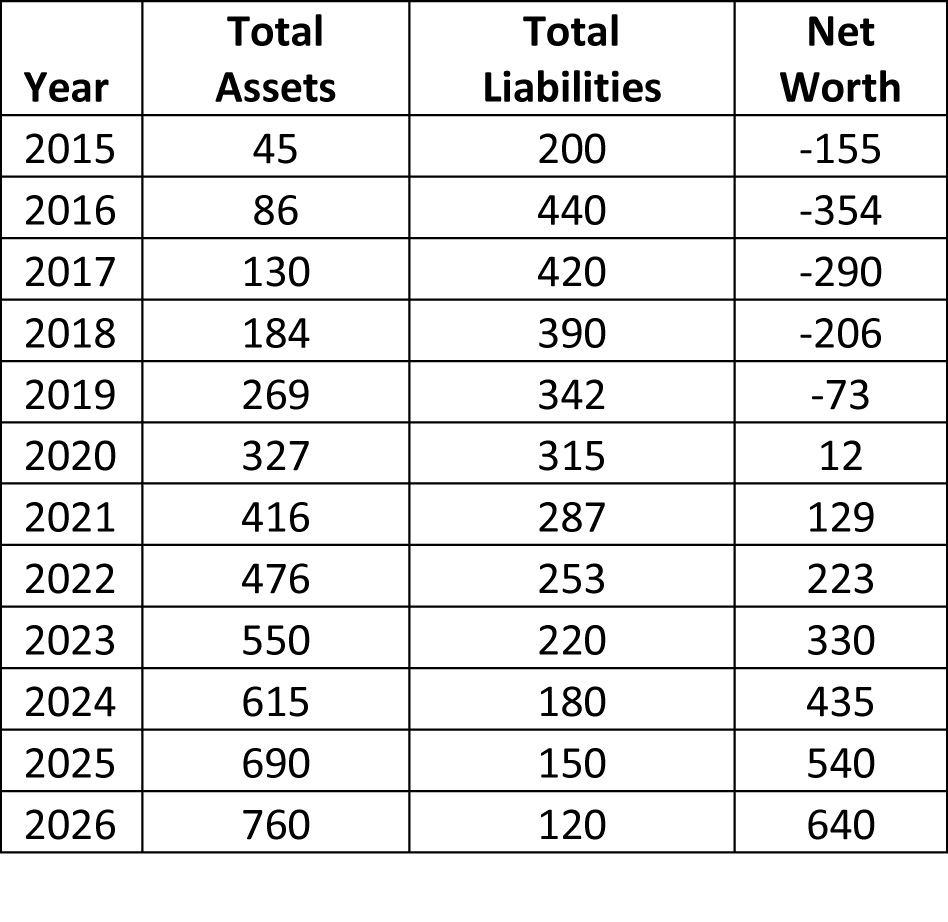 The young physician initially has $45,000 in assets, primarily in a university hospital retirement plan, and $200,000 in student debt. Her net worth is negative—a common state for medical trainees. The next year she begins her first real job and her salary increases from $60,000 annually to over $200,000 (income is not shown on this figure). Assets during this second year are assumed to increase by a healthy $41,000 due to retirement plan contributions and an employer match. Debt grows by a further $240,000 due to a home purchase and associated mortgage. The upward spike in debt drives net worth deeper into negative territory. Thereafter, assets grow and debts are steadily paid down. The steady increase in assets arises from new retirement plan contributions combined with gains on existing investment assets. In this example debt is forecasted to decrease steadily. A household may, of course, exhibit occasional increases in total debt. As long as those increases are used to fund appreciating assets, for example, purchase of a rental property, the additional debt may be reasonable. If the additional debt is not used to increase assets, it may be inadvisable and should be avoided. 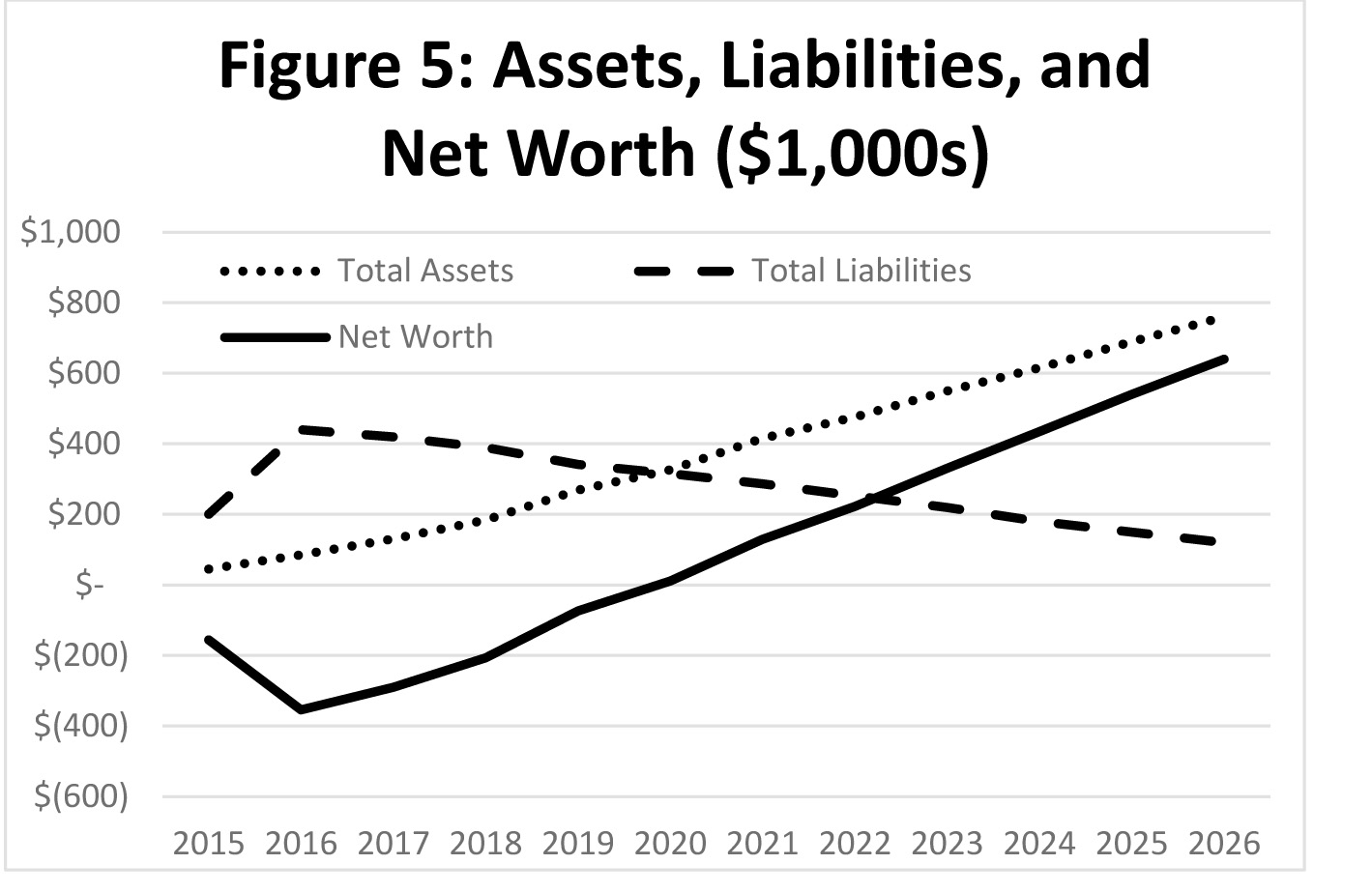 In the next segment I provide some specific guidance for creating a net worth forecast.